ET SIC IN INFINITUM: an intermedial and transliterary exhibition


ET SIC IN INFINITUM
*an intermedial and transliterary exhibition

Circularity. A recurring trope when enunciating, in a literary manner, the complex paradox between time and timelessness. From Aristotle to Beckett, Dante to Joyce, the self-reflexive circular movements in the formal, thematic and rhetorical mechanisms of artistic objects themselves, are countless, for example, in the representation of the idea of infinity within a finite space.
ET SIC IN INFINITUM is an empirical demonstration of these same "revolutionary" paths, extending between the analog and the digital, whether in the delimited space of the page or codex, the rhizomatic behavior of the network space, or the installation contained within the space of a gallery. In a sequence of dialectical movements that do not cancel each other out, but rather, complement each other, tensions arise between texts, media, and artifacts, whose aesthetic and poetic processes constitute a constant moving force, namely, that of literature.


The ET SIC IN INFINITUM exhibition was the result of a partnership between the PhD Program in Materialities of Literature (University of Coimbra) and the Portuguese Society of Mathematics, specifically designed for INTERNATIONAL LITERARY FESTIVAL FOLIO 2017, Óbidos. 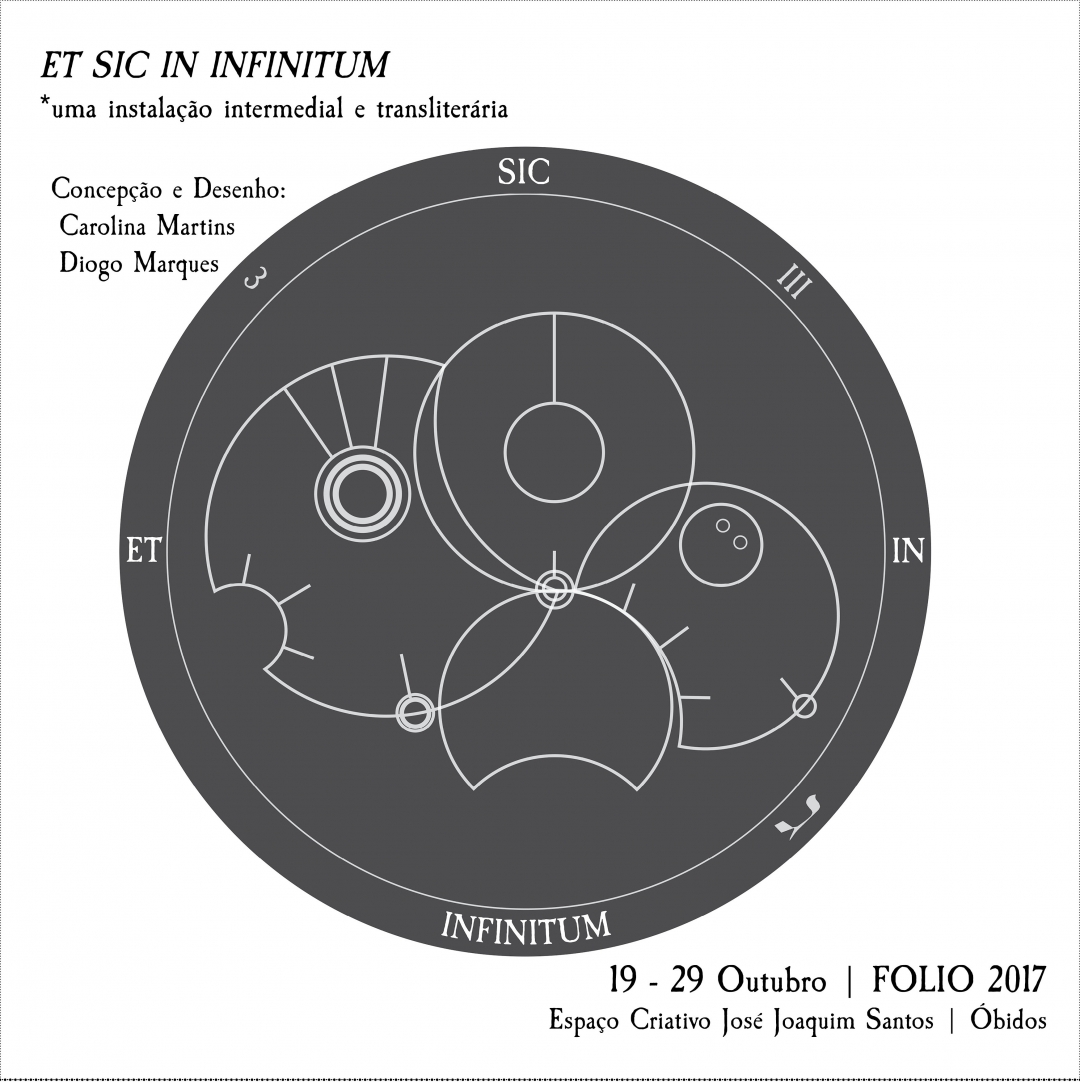 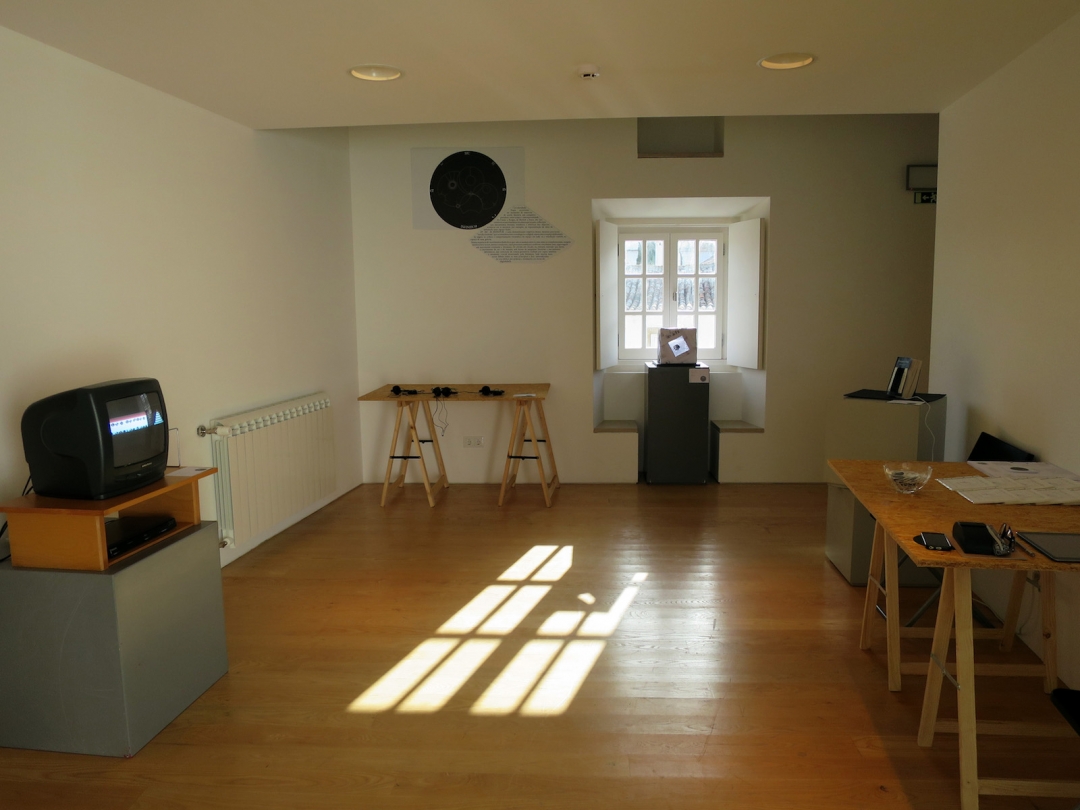 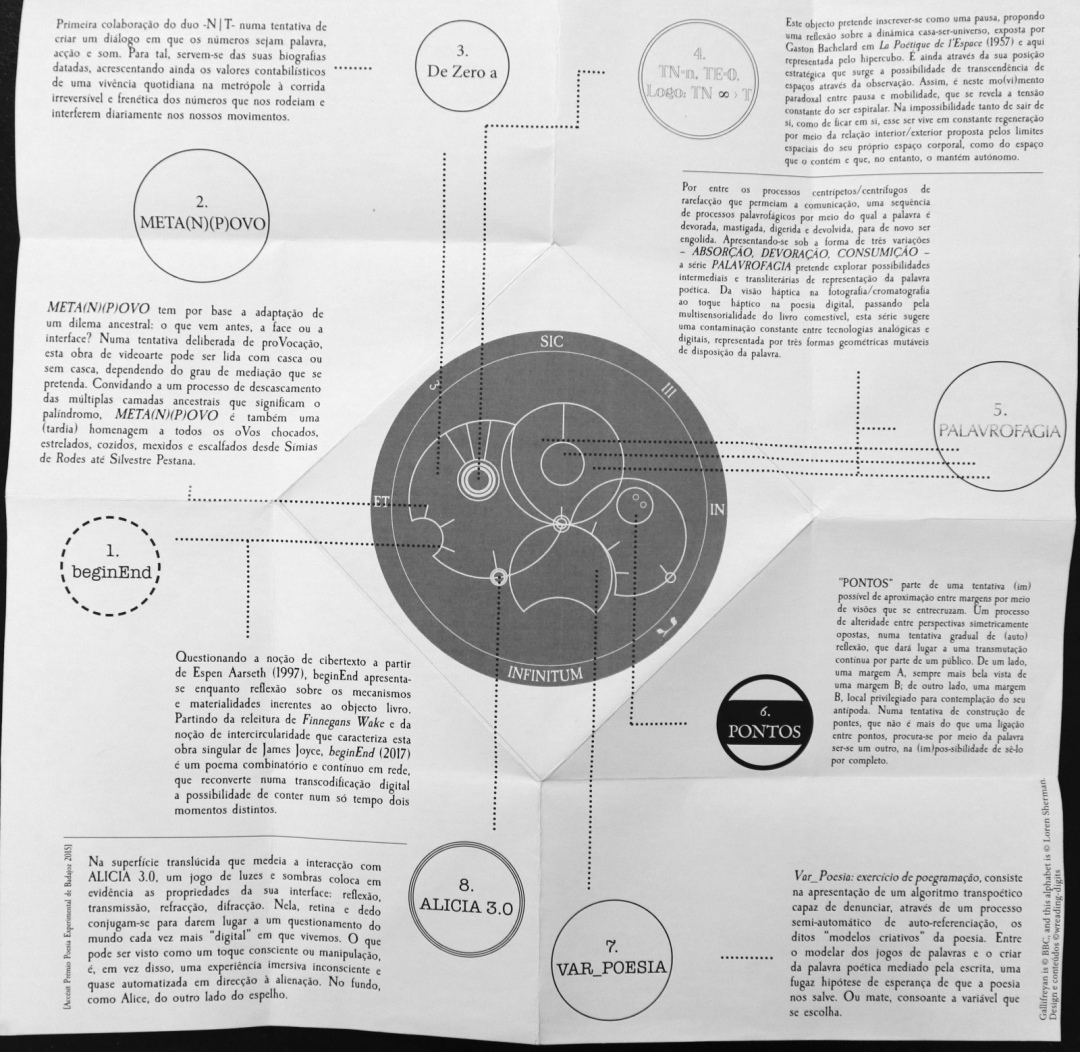